Where I work: Jason Miller from Roll & Hill
Jason Miller is the founder of Roll & Hill in Brooklyn, a lighting company he founded in 2010. Miller is a designer himself and works closely with many independent designers to create the brand’s extensive range. The Sunset Park headquarters are home to the on-demand production processes where the parts are individually assembled by hand. For this place where I work, Miller showed us inside to see how and where it all happened for Roll & Hill.

Where I work: Gloria Kondrup from HMCT Archetype Press
The multihyphenate Gloria Kondrup originally planned to study law, but her career began after she discovered a love for art. Since Kondrup earned a bachelor’s degree in fine arts and a master’s degree in design, he has shared this love for graphic design and typography with students as a professor at the ArtCenter College of Design. In this Where I Work, the professor, design consultant, director and manager took us through the rooms, also known as the sky type, where she does everything. 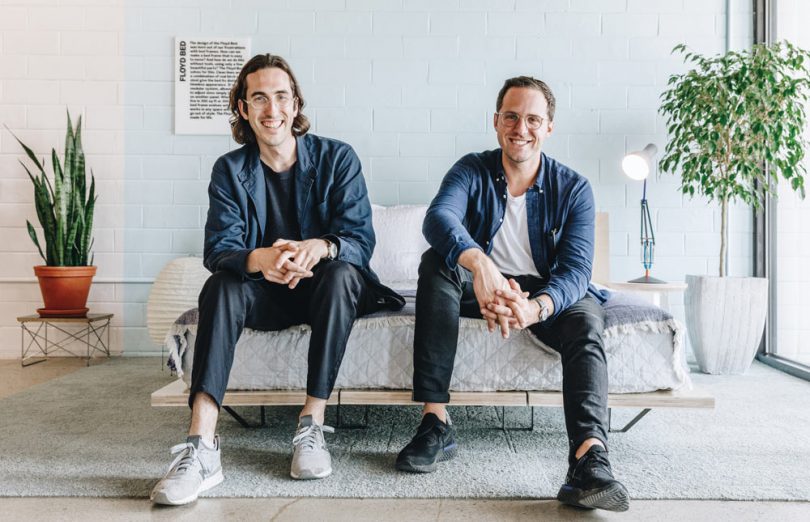 Where I Work: Kyle Hoff from Floyd
Floyd, based in Detroit, was founded in 2014 with the goal of creating quality furniture that was designed for the home and shouldn’t end up in a landfill in a few years. Over the years, the brand co-founded by Kyle Hoff and Alex O’Dell has become known for its practical, thoughtful designs that are minimal and easy to assemble. Floyd completed construction of its newly expanded 5,755-square-foot headquarters in Detroit’s Eastern Market District that year. For this place I work in, Co-Founder and CEO Kyle Hoff took us into the room and his work life to see more. 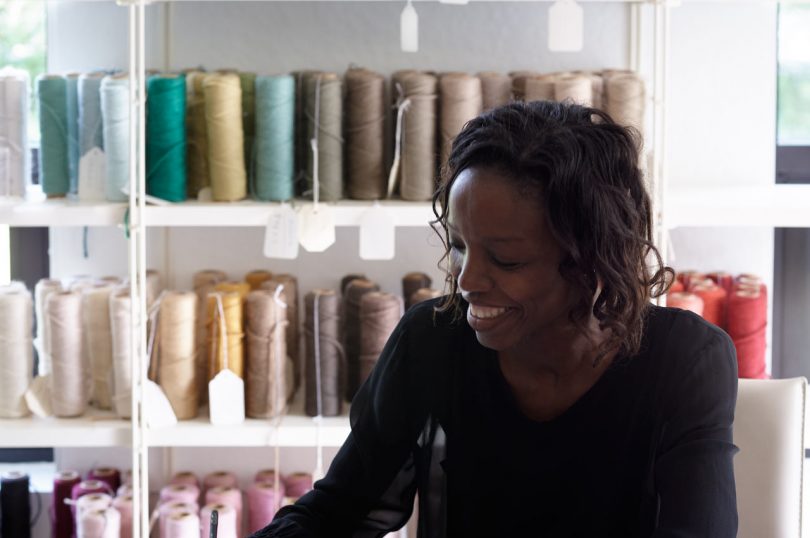 Where I work: Sylvie Johnson from Merida
Born in Dakar and living in Paris, Sylvie Johnson ventured into the art world completely by chance after visiting a textile exhibition and falling in love. She immediately took a year off to learn how to weave, which resulted in training for a couturier who had worked for Christian Lacroix and Chanel. Now the textile designer is the creative director of Merida, a textile design house in Fall River, Massachusetts, where she is reinvigorating the brand by redesigning the looms, experimenting with new materials, and working on new techniques. For this place I work in, Johnson provided a glimpse into the two rooms she works in and how she works. 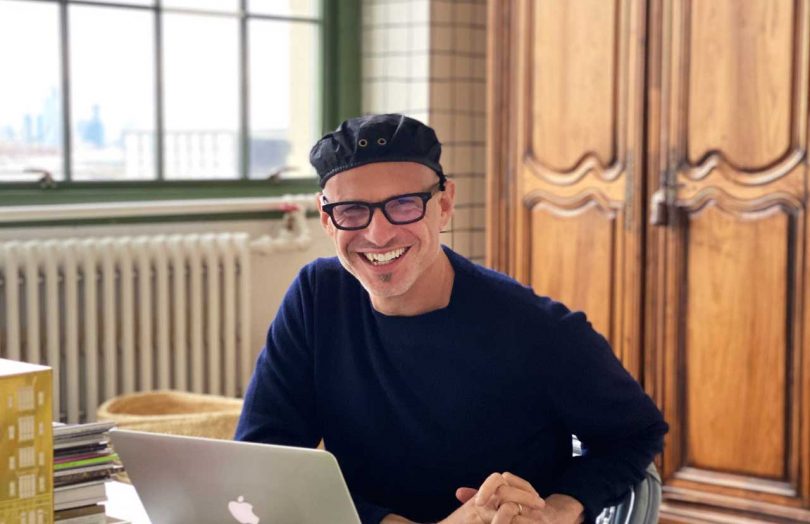 Where I work: David Stark
David Stark is a New York-based event producer, designer, author, and President + Creative Director of his eponymous full-service event design and planning company, David Stark Design and Production. Founded in 2006, the company has grown to be an in-depth expert, sharing its innovative know-how with Target, Kiehl’s, Uniqlo, the non-profit Robin Hood Foundation, the Whitney Museum of Modern Art and the Metropolitan Opera in addition to a number of unique events for a wide variety of celebrities. Here where I work, we visited the busy mogul at his company’s Industry City headquarters in Brooklyn to see where he works and how he makes it all possible. 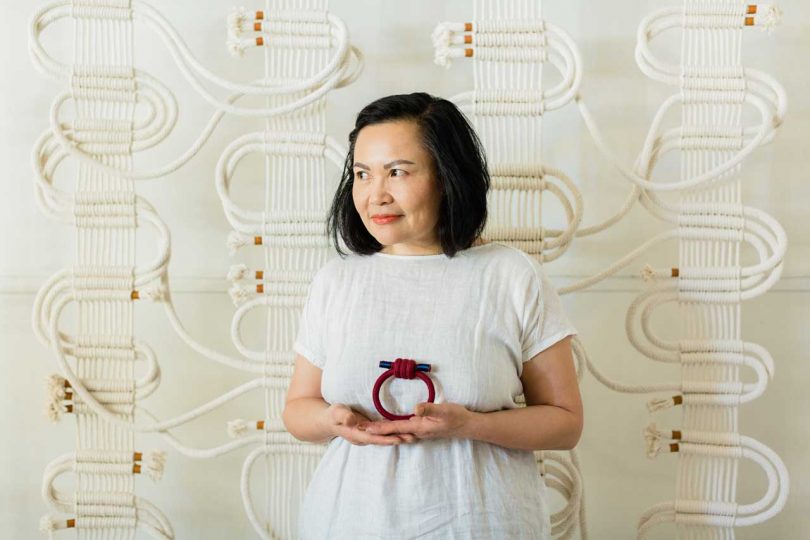 Where I work: Windy Chien
After stints at Apple and owning her own indie record store in San Francisco, fiber artist Windy Chien found her calling to bring aesthetics into the midst of function, science and history to highlight what is most fascinating about knots and what is – the Journey of the line. She spent 2016 learning a new knot every day of the year for the Year of the Knot, which she now displays on her studio walls, mixed in a sea of ​​works in various stages of progress and greatness. We visited her studio in San Francisco on the second floor of the Heath Ceramics tile factory to see her art and space in this Where I Work. 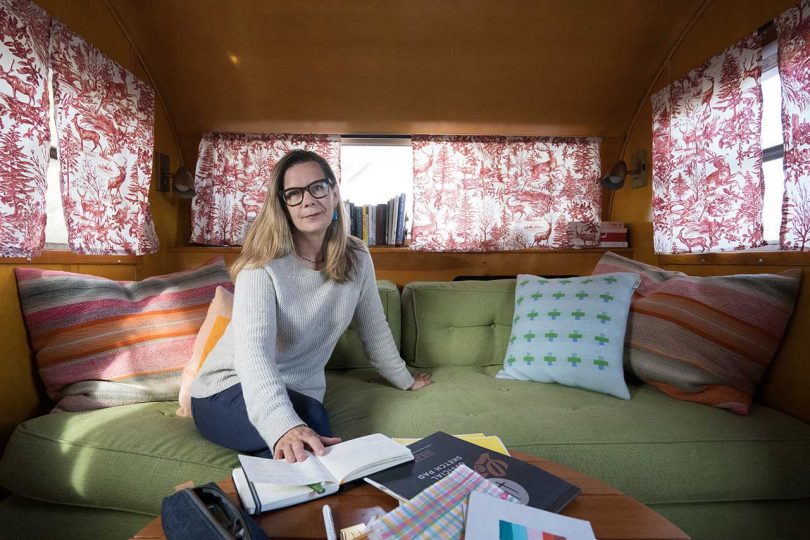 Where I work: Catherine Bailey from Heath Ceramics
Heath Ceramics co-founder Catherine Bailey had to radically change her job this year, as many people around the world have had to do. Instead of staying at home, she moved to her West Marin, California property in March for an easier life and work in two classic cars. For where I work, Heath Creative Director Catherine Bailey kept us up to date on all of the pandemic-era business, where she works, and how she got it all done. 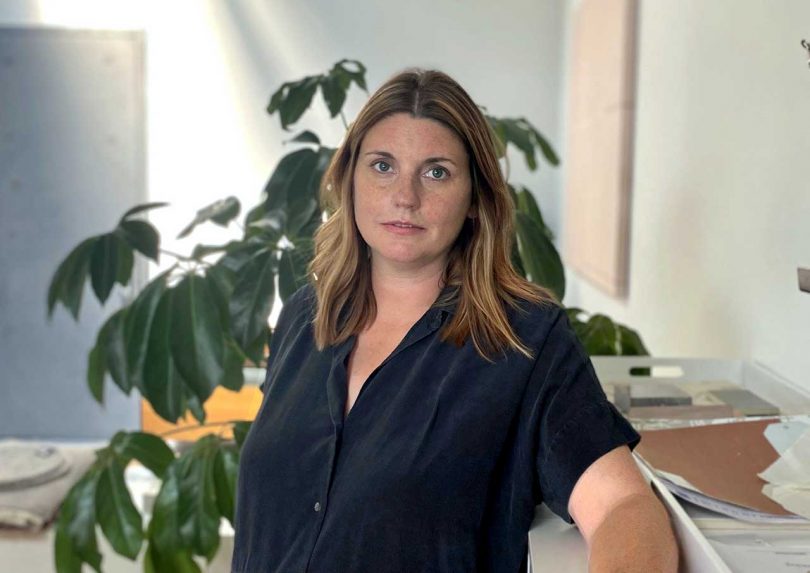 Where I work: Sarah Zames from the General Assembly
The Brooklyn-based General Assembly is an interior design and architecture studio founded in 2011 by interior designer Sarah Zames and her partner Colin Stief. The practice focuses on undergraduate and total renovation projects, as well as lighting and furniture design with residential projects that span all of New York State, from the boroughs of NYC to Upstate and the Hamptons, and across the pond to London. In this area I work in, we went to the Gowanus neighborhood of Brooklyn to check with Sarah Zames to see how and where she works. 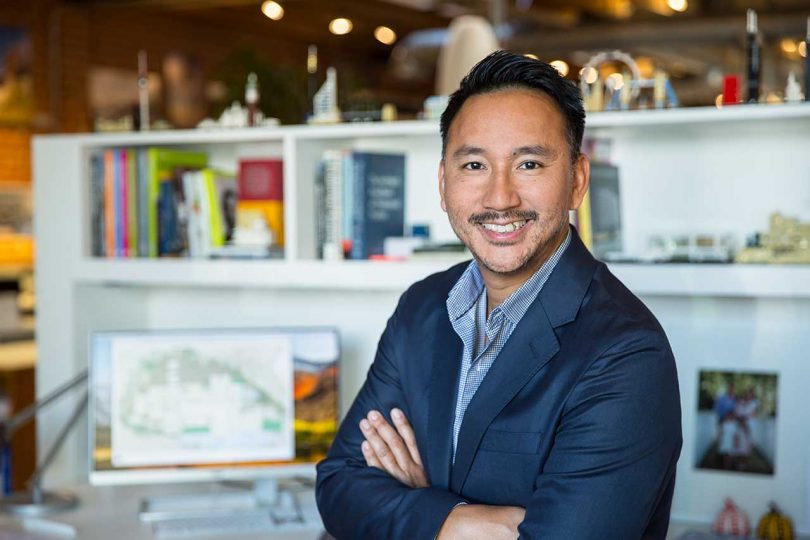 Where I work: Duan Tran from KAA Design
As with many people around the world, KAA design partner Duan Tran had to create a job at home during the ongoing pandemic. Fortunately, the licensed architect, husband, and father of three designed an extension to his home in Culver City, California last year that provided much-needed space and work for Tran. For where I work during the quarantine, we visited Duan Tran (virtually) at home to see how and where he does his job. 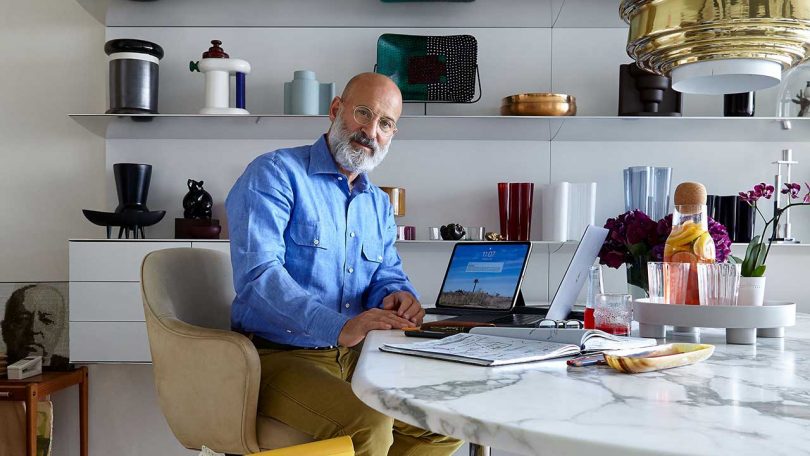 Where I work: Benjamin Pardo von Knoll
In 2005 Benjamin Pardo landed at the legendary design brand Knoll, where, as Senior Vice President and Design Director, he is responsible for all product and showroom design worldwide. After more than 30 years in the design world and the past 15 years at Knoll, it’s no surprise that his workspace is as impressive as his résumé. Since the COVID-19 pandemic persisted, Pardo has been working from his home office in New York, where he is surrounded by a collection of design objects, notably by Ettore Sottsass. In this area I work in, Benjamin Pardo shared his work area at home and how he uses it. 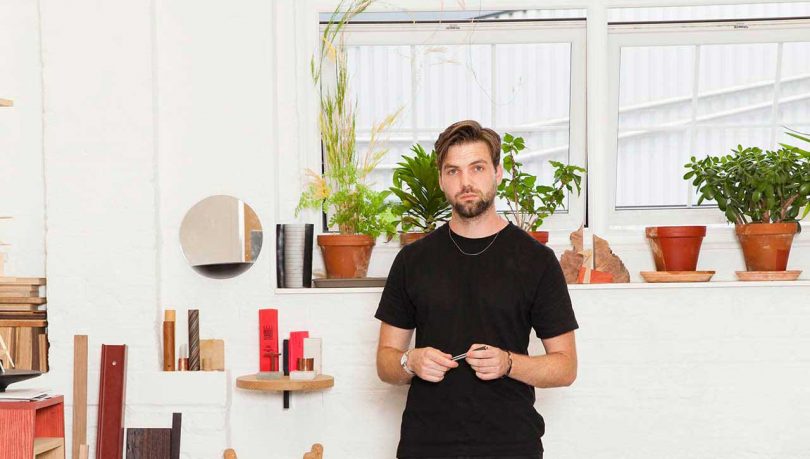 Where I work: Daniel Schofield
Daniel Schofield’s studio is located on the Thames in an old plastics factory, where he designs modern furniture and objects with a clean and restrained look. Since starting his studio in 2012, he has worked with many UK brands including Benchmark, Another Country, Ercol, SCP and Conran, where he worked closely with the late great Sir Terence Conran. We reached out to Daniel Schofield to find out more about where I work. 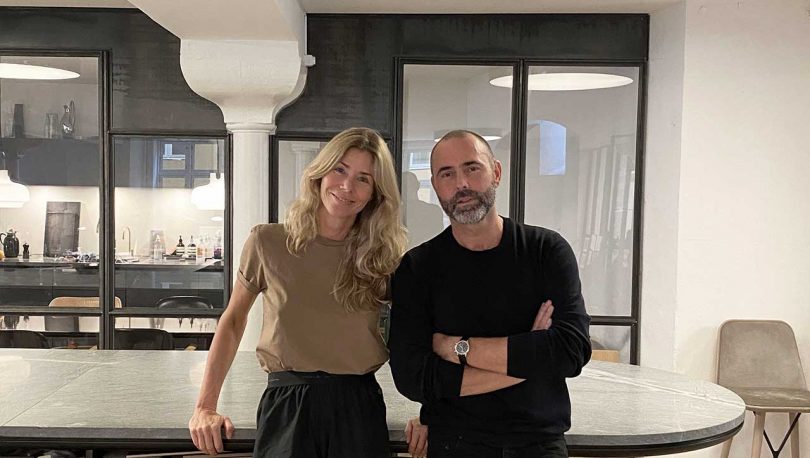 Where I work: Signe + Peter from Space Copenhagen
In 2005 Signe Bindslev Henriksen and Peter Bundgaard Rützou founded the Space Copenhagen design studio specializing in various disciplines, from furniture such as furniture, lighting and refined objects to interior design for private homes, hotels and restaurants to art installations and art direction. In this area that I work in, we practically traveled to Denmark to see in Signe and Peter’s offices, as well as the Space Copenhagen team, where they make everything possible.