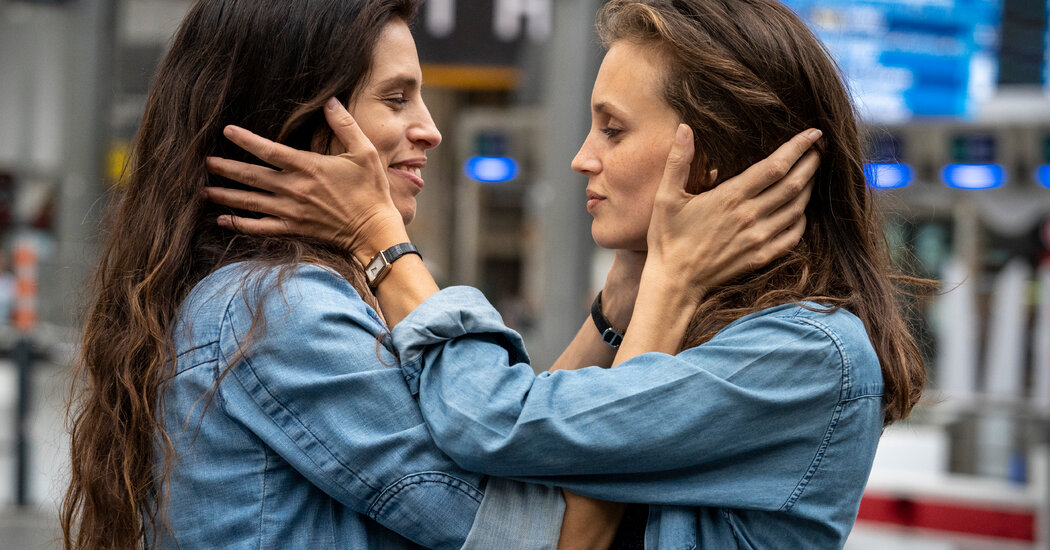 “DNA”, the fifth feature by French actress and filmmaker Maïwenn, opens loudly and ends quietly. In between is a journey by Neige (played by Maïwenn and inspired by her own life) as she moves from the restless embrace of her extravagantly ill-matched family to her Algerian roots.

As a dejected single mother, Neige is consumed by regaining her ethnicity after her grandfather, an Algerian immigrant to France, dies. While Neiges wild relatives gather to plan the funeral, the script (which Maïwenn wrote with Mathieu Demy) whips a foam of critical argument and prickly confrontation. Old resentments and new pains swell and subside, with each argument being a note in a symphony of dysfunction and unfortunate behavior. (At some point Neige’s mother, played by a blazing Fanny Ardant, roughly pushes her daughter aside as she tries to read a laudatory speech.)

While this turmoil is undeniably invigorating, it soon becomes overwhelming and frustrates our ability to determine who is who and what is what. So when we meet Neige’s estranged father (a blissfully laid back Alain Françon), it’s easy to see why he kept his distance. And when the film’s focus shrinks to Neige’s disturbingly obsessive quest and isolates her in a lonely world of DNA testing and Algerian history – and a possible eating disorder – its tone becomes as weak as her malnourished reflection.

“DNA” tells us next to nothing about tipping apart from its fixation. Even so, the final moments of the film are dreamy as they are wanders, bathed in golden light and Stephen Warbeck’s beautiful score, a woman Anyone who found something they didn’t know about has been lost.