From a 1550s Pandemic, a Choral Work Still Casts Its Spell 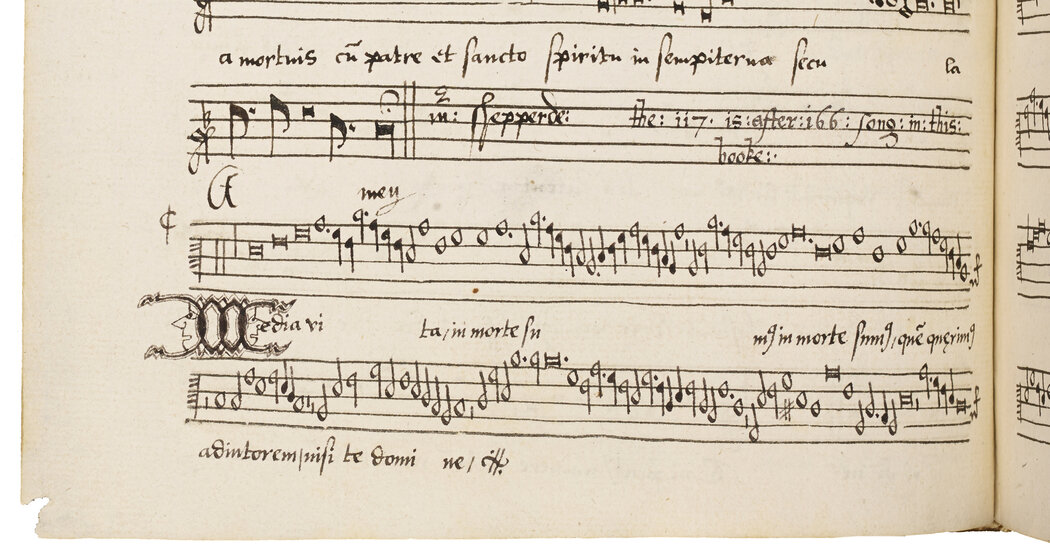 “Media vita” has become a touchstone for me this year, a piece that I played over and over again as a beacon of certainty in a time when certainty was impossible. But the more you try to find out – as I did in interviews with artists who captured most of the nine recordings of a work that has become a cult favorite – the more insecure this inventive, dissonant piece becomes.

To our ears it almost sounds like a slow movement by Mahler or Bruckner, but we have no idea how Sheppard would have heard it. We don’t have a manuscript, just a copy from the 1570s. We have five of the six vocal parts, but the tenor part is lost and needs to be reconstructed before the piece can be performed.

And we don’t know how accurate the copy is. Are some of the dissonances – “zesty,” said Robert Quinney of Oxford’s New College Choir – that make it sound so modern actually mistakes? Or are they a faithful representation of what Owen Rees, director of the Contrapunctus vocal ensemble, calls Sheppard’s “extraordinary harmonic imagination”?

Liturgically, this antiphon (a piece that frames a psalm or a chant) was intended for Compline at the end of Lent. But the text repeated in some funeral rites and Good Friday services could mean that it was written for a specific occasion. Perhaps, suggested Mr. Quinney, this was the funeral of Nicholas Ludford, a composer who perished in the first wave of the flu and, like Sheppard, was buried after him in St. Margaret’s, the parish church in the shadow of Westminster Abbey.

“Fragility and weakness, pain, remorse, passion, despair, but faith, acceptance, hope,” said Rebecca Hickey, a soprano in the Stile Antico ensemble, summarizing the work. “It encompasses almost the entire range of human emotions – and the Christian faith gets to the point.”