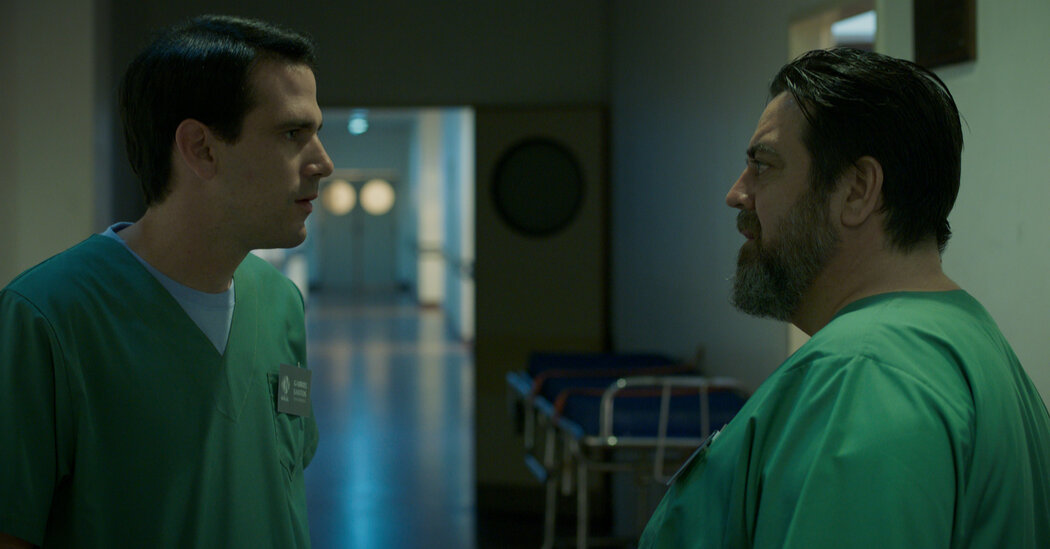 Even in the first scene, “La Dose” makes it clear that its taciturn protagonist, a nurse named Marcos (Carlos Portaluppi), puts his own morals above professional decency. Despite protests from doctors, he breaks protocol to bring a flatliner patient back to life. The film soon upsets that decision and makes its own story mysteriously opaque.

After rescuing this patient, Marcos decides to euthanize her because he disagrees with the doctors’ treatment plan, making her prone to death from infection. This is not the first – nor the last – time that Marcos tries to rescue a patient from his misery. When a mysterious new nurse, Gabriel (Ignacio Rogers), arrives, he appears to expose Marcos’ misdeeds. Instead, his behavior in contrast excuses them. Gabriel is almost caricature-like psychotic: he kills patients with relish and tries to sexually abuse the only nurse on her ward. Although Marcos could be accused of playing god, he looks like an angel next to Gabriel.

While focusing on the actions of these characters could have created tense drama, “La Dose” has too much else on its mind. The film quickly buries itself in a mountain of half-addressed complexities. Marcos has to find a new apartment because his partner recently left him, but we do not learn anything about this relationship. Although Gabriel tries to seduce Marcos – including by taking him to a gay bar – it is unclear whether Marcos is going out with men at all. “La Dose” poses and plays off many such problems, resulting in a frustratingly vague clock.

“La Dose” harms itself by denying clarity. What should be a razor-sharp rivalry plays more like a lame thriller.

The dose
Not rated. In Spanish, with subtitles. Running time: 1 hour 33 minutes. Available to rent or buy on Google Play, FandangoNow and other streaming platforms and pay-TV operators.