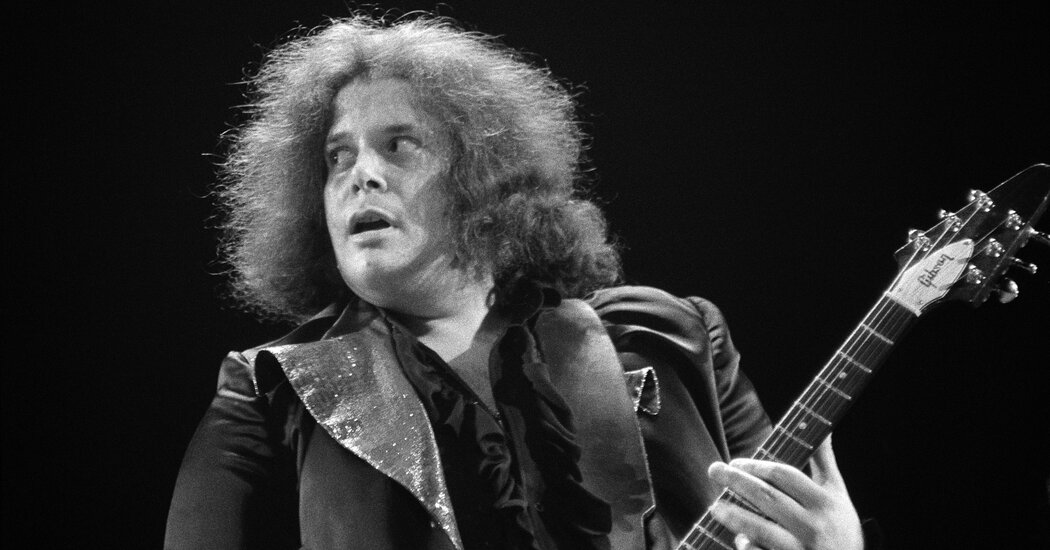 Leslie West was born Leslie Weinstein on October 22, 1945 in New York to Bill and Rita Weinstein. His mother was a hair model and his father was the vice president of a carpet shampoo company. He grew up in the suburbs.

When Leslie was 8 years old, his mother bought him his first instrument, a ukulele, but he became fascinated with the guitar after seeing Elvis Presley play one on TV. He bought his first guitar with the money he received for his bar mitzvah.

After his parents’ divorce, he changed his name to West, and after graduating from high school, he decided to jump straight into the music business. “I went to NYU – New York Unemployment,” he jokingly told the Danbury, Connecticut News-Times in 2005.

His professional career began in a band he formed in the mid-1960s with his brother Larry, who played bass. The band, The Vagrants, were a blue-eyed soul group inspired by a Long Island hit, the Rascals. The two bands played the same local clubs as Billy Joel’s early group, the Hassles.

It is unlikely that Vanguard Records, better known for folk, jazz and classical artists, signed the Vagrants. Her first single, “I Can’t Make a Friend,” a garage rocker, became a small hit in 1966. Mr. Pappalardi, who produced some of the Vagrants’ songs, helped them get a new deal with Atco Records, a subsidiary of Atlantic, for which they cut a cover of Otis Redding’s “Respect,” which aired at the 1967 East coast brought in.

But Mr. West longed to record something heavy and left in 1969 to do a solo album, the title “Mountain” of which was an indication of his imposing size. Produced by Mr. Pappalardi, it featured many songs co-written by the two of them, including “Long Red” which, in a live version supported by drummer ND Smart, featured a drum break that inspired one of the most popular samples on the hip – hop history, heard on more than 700 recordings, including by Public Enemy, Jay-Z and Kendrick Lamar.