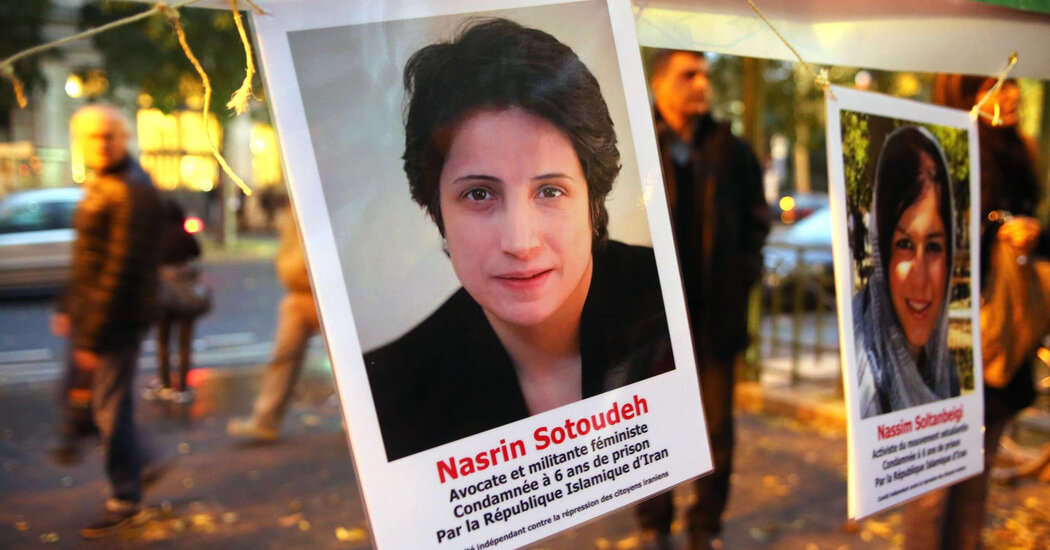 The survey is a little worrying, Sotoudeh’s positive attitude has been vindicated by her followers (including dissident filmmaker Jafar Panahi) and clients. A young woman, Narges Hosseini, arrested for protesting Iran’s mandatory headgear law, smiles calmly as she accepts the option of a long prison term. Her courage, like that of many in this film, is breathtaking.

The defense of women like Hosseini resulted in part of Sotoudeh’s arrest in 2018 and a 38-year prison sentence and 148 lashes, according to her husband Reza Khandan. A pocket history of Iran’s volatile human rights record and examples of Sotoudeh’s political work for women, children and minorities provide the context for their various incarcerations, while director Jeff Kaufman compiles secretly recorded footage from multiple sources. Interviews with Iranian exiles and other activists enrich his portrait, as do warm moments with Sotoudeh, Khandan and their two children.

Still, this extraordinary woman, seemingly incapable of despair in about two decades of struggle, remains elusive. There is something daunting about this level of relentless selflessness about it, and it has an oddly flattening effect on a movie that feels less emotionally complex – less angry – than it should.

In the end, I was mainly concerned about Sotoudeh’s children, who endured years of separation from one or both parents. And when a prison visit showed her son delighting his mother through a glass partition while her daughter cried softly nearby, it felt like the most painful human moment on screen.