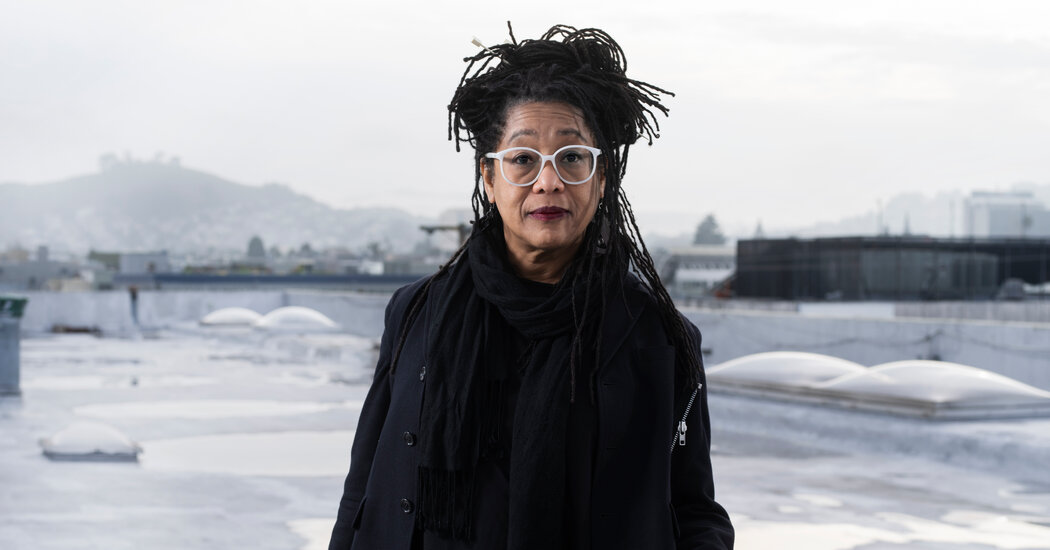 The composer, singer and multimedia artist Pamela Z should have a good 2020. She started the year in Italy as a recipient of the prestigious Rome Prize and worked on a new performance piece that was due to debut at the Museum of Modern Art in New York in June.

The piece “Simultaneous” was supposed to use the strengths that Ms. Z, 64, developed in a long and celebrated career. It would use her classically trained voice, subtle (and sometimes humorous) layers of projected images, and skills as a live manipulator of media – specifically, her theatrical use of gesture controls and wireless devices that allow her physical movements to affect sound.

“I really see my instrument as the combination of my voice and electronics,” she said in a telephone interview from her San Francisco home. “As a performer, I don’t just sing and then add some effects. And I don’t just make electronic sounds. I sing and speak at the same time and try and process and treat my voice in real time to create those layers of sound that I see as a composition. “

This month’s Prototype Festival offers some kind of correction and presents “Times3”, a streaming soundscape collaboration between Ms. Z and theater artist Geoff Sobelle. It’s part of a pandemic overhaul of this annual festival of new opera and far-reaching musical theater. Five of the six presentations in this year’s edition, which will take place Friday through January 16, will only be offered online. (“Times3” is free; attendees don’t need to register online until January 9th to receive a link and password for the audio.)

Times3 offers the audience a kind of crash course in Ms. Z’s constantly evolving practice. “I didn’t shed anything, I just add things,” she said. “In the past it would have been right to call me a musician. Now it’s just a fragment of what my work encompasses. “

In the days before her premiere, Ms. Z was still in the process of finishing the final version of “Times3” with the alternative title “Times x Times x Times”. The roughly half-hour piece, a meditation on the past, present, and future of Times Square, is based on interviews Mr. Sobelle conducted with scholars and theorists who have vivid perspectives on the neighborhood. The musical form it takes is Ms. Z’s responsibility.

“I tend to work with anything from complete sentences to short sentences to individual words, even syllables and phonemes,” said Ms. Z, describing her editing process with the Pro Tools audio program. “And I just catch all of these little pieces and name them so I can use them as building blocks to structure the piece.”

This is a process Ms. Z is familiar with, as some of her earlier work – including 2019’s Louder Warmer Denser for Ms. Chase – involved post-produced fragments of interviews. And the way in which Ms. Z superimposes her own voice when performing live also prepared the composer for some of the challenges of “Times3”.

You can hear this editing opportunity in your other current projects. A concert broadcast live from your home studio and presented by Mills College, which includes “voice, real-time electronic processing, sampled sounds, wireless gesture controls and interactive videos” in its description, is technically surprising and fluidly soulful. At one point Ms. Z uses looping to build her own backup choir.

The performance includes some of the pieces that can be heard on their album “A Delay Is Better”, released in 2004 on the Starkland label. This album also gives an effective overview of their work. A track like “Badagada” shows her love for traditional opera singing as well as for minimalism and electronic live manipulation, while “Pop Titles ‘You’” works as a clever find poem in the sound. “Geekspeak”, with which speakers other than Ms. Z try to define the essence of geekery, approaches interview and sound editing as forms of storytelling and art making.

Ms. Z was born in Buffalo, NY, and grew up in Colorado. She studied vocal music and education. She initially pursued more traditional singer-songwriting work with voice and guitar – with “a little bit of classical music that’s bizarrely tied in,” she said in an email – before moving on to a more experimental approach. In the 1980s she moved to San Francisco, where she still lives. She created solo appearances and fulfilled an increasing number of commissions – including chamber music, dance scores, and dramatic pieces – from groups like the Bang on a Can All-Stars. the St. Luke’s Orchestra, the Kronos Quartet and Eighth Blackbird.

Her Times3 partner, Mr Sobelle, worked with Jecca Barry, a director of the Prototype Festival, on previous productions. The organizers of the festival recommended that he and Ms. Z do a play about Times Square. Mr. Sobelle was interested in working with her; He said he was “a little aware of her work, from a friend who suggested that I take a look at it at another moment, only to see a wild virtuoso.”

And when Ms. Z saw the eight-millimeter short film that Mr. Sobelle’s theatrical work “All Wear Bowlers” had opened in 2005 – “a beautiful, poetic piece based on silent films,” she said – she was delighted with the collaboration .

After speaking with Prototype, the two artists decided not to get listeners to venture into Times Square to access the audio. Instead, they decided to use interviews with people familiar with the region to create what the poet Lawrence Ferlinghetti might have called the Times Square of the Spirit.

“There is a landscape architect; There is someone who is a theater stage manager and has done a lot of shows on Broadway, “Ms. Z said.” We interviewed some historians, people who knew about the indigenous people who lived on this land. And we interviewed a person who has all sorts of theories about what would happen if people were gone – and what changes would happen. “

Mr. Sobelle conducted the interviews and then provided Ms. Z with the raw sound files as well as notes on how the transcripts could be layered to create a dramatic response.

In this way, “Times3” is closely related to the latest version of “Simultaneous”, which was broadcast by Deutschland Radio last month. In this 44-minute piece, the thematic focus is on contemporary multitasking culture and Ms. Z’s jaundice.

As source material, she interviewed and recorded her fellow recipients of the Rome Prize on this subject and prepared for the live performances at MoMA. Instead of waiting for these gigs to be postponed, she created a pure audio iteration for the German radio station.

At the start of the radio version, fans of Ms. Z might be impatient for her voice. But the narrative rhythm of their processing has a sense of humor, which is why it is worth waiting for their fully bel canto-infused technique to develop. Their first notable contributions to the vote come in sparkling, broken shards in the 22nd minute. From there, their vocalizations become increasingly clear. (Make sure you hear a nice song in the second half.)

The audience of “Times3” can expect a similar structure. “You will hear my voice because I have some actual vocal parts,” she said. “Also because Geoff insisted on interviewing me.”

Mr Sobelle said he was impressed with what Ms Z “could cobble together from strange pieces of material”. Though he was reluctant to offer audiences the equivalent of liner notes for Times3, or anything that suggests an experimental work needs special explanation, he said that “it’s not like a piece of journalism or like a historical document is “.

“Even though we’re talking to academics, journalists, architects, town planners, and people like that,” he added, “she’s looking for musicality. It is very much a work of art. “