Simon Rattle to Leave the London Symphony for Munich 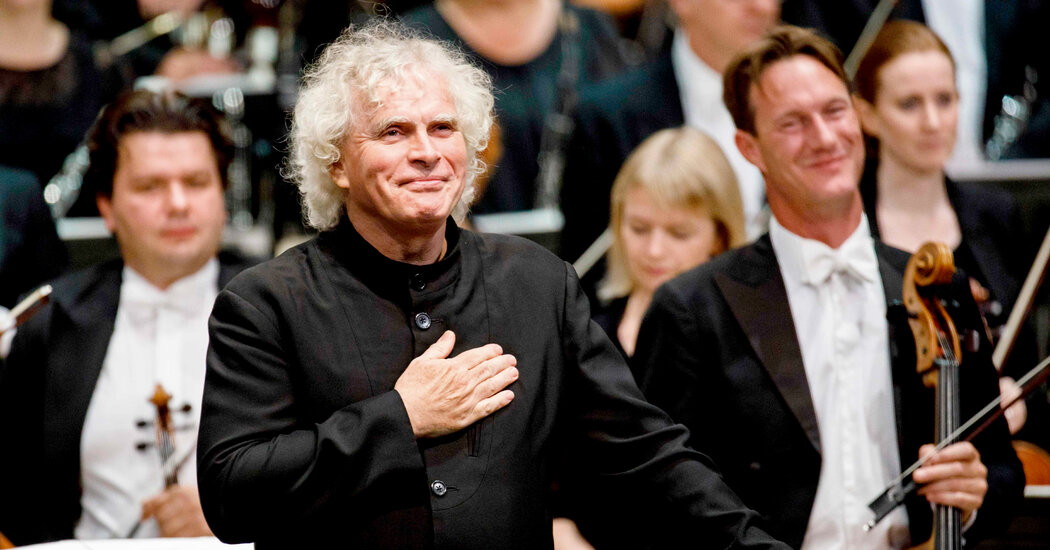 His return renewed hopes for a great new hall. The London Symphony performs primarily in the Barbican Center, a space that Mr. Rattle once euphemistically described as “serviceable”. Plans were made for the center for music, which would house the orchestra and the Guildhall School of Music and Drama, and which would be directed by the Barbican. It is to be built on the site of the Museum of London, which is currently building a new home in West Smithfield.

Mr Rattle was a gathering force behind the Center for Music – designed by architectural firm Diller Scofidio + Renfro with the acoustics in mind – but the project faced unreliable government funding commitments and an uncertain schedule.

On the day of the Brexit vote in 2016, Mr Rattle was with the London Symphony musicians. When he spoke to Agence France-Press last year, he described their tearful reaction. “We couldn’t actually start rehearsal until we had a big discussion,” he said. “The older British musicians were most emotional about what happened to our country – that we were ready to cut ourselves off.”

Like many in the arts, Mr Rattle was against Brexit. He drew attention to the European roots of the London Symphony, an orchestra under the direction of Hans Richter. And he expressed concern about the future of travel after Britain risked becoming a “self-made culture prison”. While the London Symphony used to be able to travel en masse to Europe with major bureaucratic headaches or delays, there is now the prospect of long waiting times for customs, visas and more.

In Munich, Mr. Rattle does not have to deal with these Brexit problems, but will again be involved in the construction of a new concert hall in the Werksviertel-Mitte area – a modern contrast to the neoclassical Herkulessaal in the city center. The project, which is financed and managed by the Bavarian state, began during Mr. Jansons’ lifetime. Construction is expected to start in 2022 and is expected to take three or four years, said Nikolaus Pont, manager of the Bavarian Radio Symphony, in an interview.

“The opening will coincide with Simon Rattle’s reign as chief conductor,” said Pont, adding that Rattle would be involved in its development, particularly its educational program.