Taylor Swift’s Ode to Moving On, and 9 More New Songs 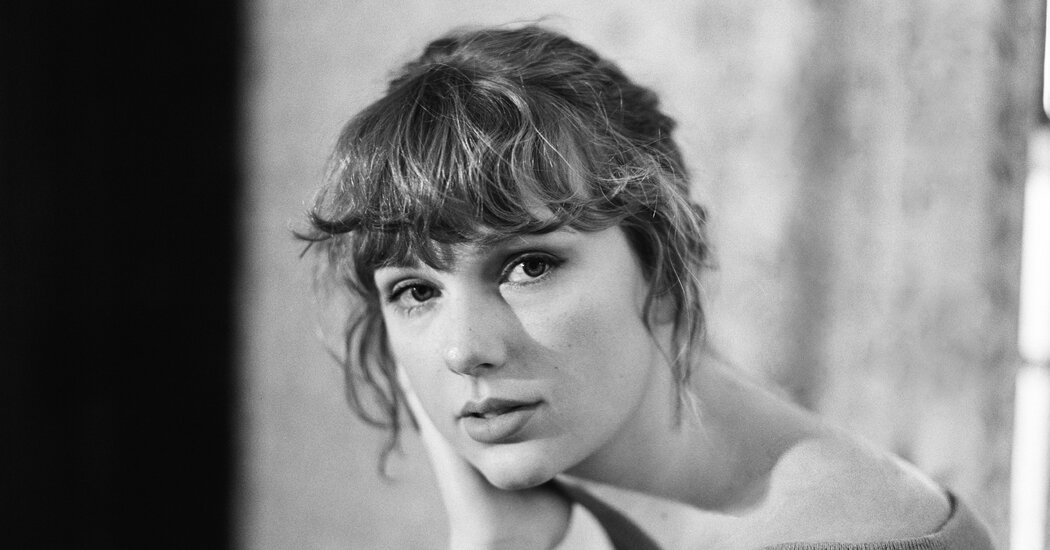 Of course, Taylor Swift recorded even more songs during the quarantine 2020, from which her albums “Folklore” and “Evermore” have already emerged, which now receive a bonus track. “It’s Time to Go” – tight lines against a persistent one-note guitar and four chords – shows romantic and workplace-related setbacks against their own struggle to hold on to their multiplatin catalog: “He frozen my past behind glass / But I have . ” got me. “It is advice, rationalization, a way to go on:” Sometimes giving up is the strongest thing, “she sings. JON PARELES

Celeste, “love is back”

Celeste, who has been on the verge of an outbreak at least in the UK for a few years, rang the bell in 2021 with a performance of her new single “Love Is Back” on Jools Holland’s annual New Year’s Eve show. In the midst of rhythmic brass, the 26-year-old soul singer sings coolly for a large part of the song before a dazzling grand finale shows the strength of her smoky voice, which is reminiscent of both Amy Winehouse and Billie Holiday. With the debut album “Not Your Muse” due to be released on February 26th, this could finally be Celeste’s year. LINDSAY ZOLADZ

The gender warfare in pop-hip-hop continues with “Best Friend”, especially in its video version, which begins with the mockery of “toxic masculinity” and “another false misogynist” – a bare-chested guest – while Saweetie and Doja Cat relax in bikinis. A two-part ribbon accompanies the two women as they flatly declare their financial independence and finally find each other. PARELES

Ideas float in “Come in Closer,” the elusive new single from breathless, androgynous Canadian singer and songwriter Michael Milosh, who records as Rhye. Hardly anything is stable; Not the beat, not the chord changes, not the vocal melodies or instrumental counter-melodies, not an arrangement that transitions from a church organ to an R&B march laden with strings to create eerie a capella vocal harmonies. The only constant is the longing: “How happy you would be to come home with me” is what comes closest to a refrain. PARELES

Virgil Abloh is best known as a designer; No wonder that “Delicate Limbs” starts with fashionable lyrics: “Those gray pants that you love might bring you luck, but if they ever fray, you can call me.” But “Delicate Limbs” ties in even more clearly to the catalog from Abloh’s employee serpentwithfeet, aka singer and songwriter Josiah Wise. It is a conjuring riddle that wanders between electronic drones, jazzy drum crescendos and cinematic orchestration and creates an extraordinary drama. PARELES

Viewers of the recent HBO documentary “The Bee Gees: How to Heal a Broken Heart?” Will remember that neither Dolly Parton nor Kenny Rogers wrote their mammoth hit “Islands in the Stream” in 1983, but the brothers Gibb. Parton is therefore a natural choice for a duet partner on Barry Gibbs ‘moving and finely crafted new album “Greenfields – The Gibb Brothers’ Songbook Vol. 1”, in which the last surviving Bee Gee changed some of the group’s standards a little and with country artists how Miranda Lambert and the Australian cowboy Keith Urban work together. Parton accompanies him to a piano-driven, gently elegiac rendition of the 1968 hit “Words”. On the original single and often in concert, this was the rare Bee Gees song that Barry Gibb sang solo. If you reinterpret it as a duet and especially with a voice as warm as Partons, “Words” feels less like a confession of regret, but more like a prelude to reconciliation. ZOLADZ

“Everything I had, I want it back,” sings Laura Colwell of Sun June on the Austin band’s newest single – certainly a relatable chorus for these times. It’s also a fittingly wistful feeling for a band that playfully describes their sound as “regret pop” and combines the melodic flutter of Colwell’s voice with dreamy tempos that make you think. (The second album, “Somewhere”, is out February 5th.) The lyrics conjure up a certain amount of turmoil, however, as Colwell considers moving all the way to Los Angeles before moving to a new apartment three doors down live – probably just far enough to stare longingly at the old one. ZOLADZ

“Crying in the Promised Land” is John Fogerty’s souvenir of 2020: Pandemic, Disinformation, Economic Crisis, Black Lives Matter. In a quasi-hymn with bedrock piano chords and a swelling choir, he overlooks the devastation being watched by a “pharaoh” who “a-preaches but never had a plan”. There is no redemption. PARELES

Alto saxophonist Tim Berne and trumpeter Herb Robertson circle each other like fighters who meet in the first round at the beginning of this itchy low-fi recording, which Bern made 17 years ago at 55 Bar in Greenwich Village. He posted recordings from the vault on Bandcamp, and the one he found on a CD-R on his studio floor and posted on Christmas Day is particularly raw and lively. Guitarist Marc Ducret joins in after a minute, adding his own wiry lines and helping sketch out the track’s central melodic phrase before Tom Rainey’s drums and Craig Taborn’s keyboards step in and the quintet coils in a long, tumbling jam. GIOVANNI RUSSONELLO

Alto saxophonist Miguel Zenón and pianist Luis Perdomo recorded a concert of boleros (or romantic songs from a number of Latin American traditions) at the Jazz Gallery this fall, and the set was so unobtrusively good that it decided after streaming it on Zenón’s Facebook page the couple decided to release it as an album. This track is a ruminating lament written by Puerto Rican singer and polymath Sylvia Rexach for her brother, who died in an accident; It was the title track – and the most tender moment – on Zenón’s big band album a decade ago. In the new version, the couple spends nearly 10 minutes wandering in and away from the song’s wistful melody, as if Perdomo alone was carrying its downward chord progression, as if reliving a distant memory. RUSSONELLO