‘The Artwork of Political Homicide’ Overview: Behind a Bishop’s Assassination 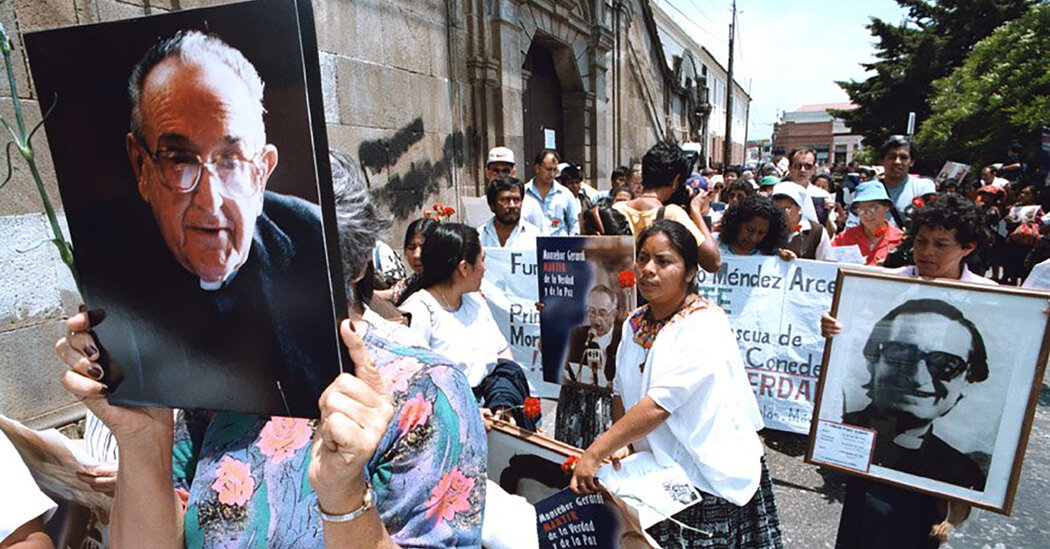 The murder in “The Art of Political Murder,” a documentary based on the book of the same name by Francisco Goldman, is the 1998 murder of Bishop Juan Gerardi Conedera in Guatemala. Suspiciously, his death came about two days after its presentation Human rights violations during the country’s decade-long civil war that ended in 1996.

A possible political motive for Gerardi’s murder was evident; A high profile death could scare victims who would otherwise stand up for atrocities in court. For a while, a prosecutor pursued the theory that Gerardi had been killed by a German shepherd dog. Arturo Aguilar, who was part of an independent investigation by the Gerardi-headed human rights bureau, stressed the importance of following evidence and ignoring guesswork.

Others who were introduced at length included Ronalth Ochaeta, who worked with Gerardi on the human rights report and followed the killers until he felt his family was in danger; the journalist Claudia Méndez Arriaza, whom Goldman describes in the film as the only reporter he knew tenaciously enough to get through the most arduous parts of the process; and Goldman himself, who explains how the case became a test of Guatemala’s judicial system.

Clearly, director Paul Taylor, who visualized the night of the crime through reenactments, faced certain material restrictions, and the film has dry stretches as respondents tell a complicated story that better fits a book. However, the film manages to weave a web in which justice is impossible to grasp – which gives the ending all the more clout.

The art of political murder
Not rated. In Spanish and English with subtitles. Running time: 1 hour 29 minutes. Watch on HBO Max.