‘The Dissident’ Review: A Murder for Power 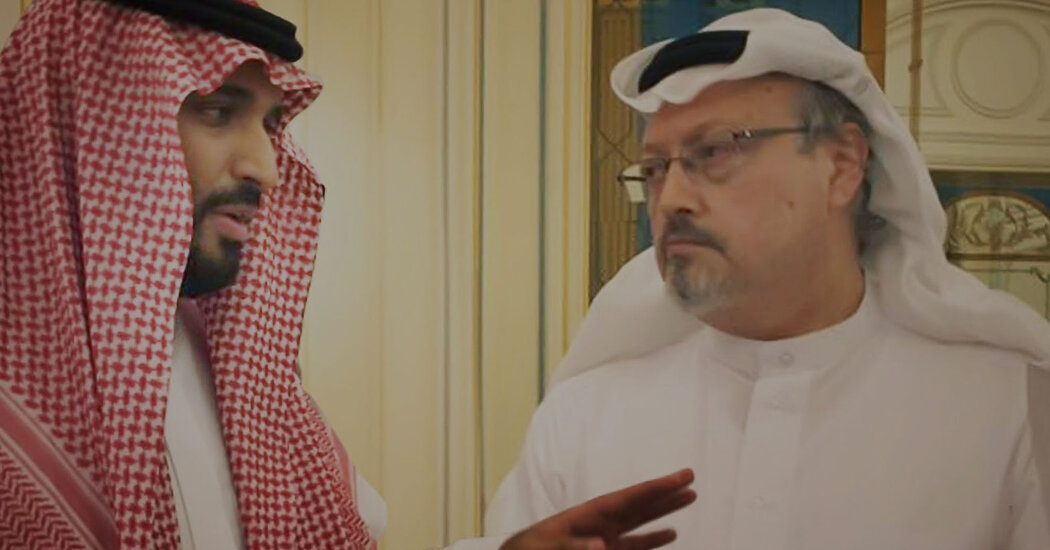 A cinematic retelling of the murder of the Saudi journalist Jamal Khashoggi does not require any embellishment. The raw facts are in themselves sinister and dramatic, and include a gruesome murder at a consulate in a foreign land, an ambitious prince who does not tolerate dissenters, and a kingdom with far-reaching financial clout. But Bryan Febel’s new documentary “The Dissident” goes one step further and uses an aggressive score, frantic editing and CGI elements to illustrate the pathos of Khashoggi’s story and the information it contains about Saudi Arabia’s insidious surveillance and suppression machinery .

The film begins today with a spy thriller-like intrigue. At a Montreal hotel, a young man speaks threateningly on his phone and says things like, “It’s all about revenge” and “If it doesn’t work cleanly, I’ll use the dirty roads.” This is Omar Abdulaziz, a 27-year-old Saudi vlogger living in exile in Canada who, as we soon learn, talks about Twitter warfare.

As outspoken critics of the Saudi regime, Abdulaziz and Khashoggi became online friends in 2017 after Khashoggi fled to the United States to crack down on journalists and activists. Days before Khashoggi’s murder, the two had secretly started collaborating on a social media campaign to fight Prince Mohammed bin Salman’s army of propaganda-spewing Twitter trolls. Khashoggi had been a royal insider for many years before criticizing his country’s increasingly undemocratic ways. With her plan, says Abdulaziz, Khashoggi has finally become a dissident.

Their collaboration – and their potential role in targeting Khashoggi – is one of the few revelations in “The Dissident,” whose series of speaking heads and illustrative footage largely adds context to the previously reported facts. Khashoggi’s fiancée Hatice Cengiz shares the couple’s correspondence, who paints a touching portrait of Khashoggi as a man who loved finding companionship after a difficult breakup from his family. In the most troubling parts of the film, Turkish police and United Nations officials recount their investigation into the murder, while the screen magnifies transcripts of conversations between the men who dismembered Khashoggi at a Saudi consulate. “Does your body and hips fit in a pocket that way?” reads a highlighted line.

All of this material is so cool and effective on its own that the haunted music and computer-generated graphics of the film – including a Twitter fight portrayed as a showdown between 3D flies and bees – can feel like overkill. But these flourishes serve the ultimate goal of the film: to impose acutely on us the injustice of a world in which money and geopolitics replace human rights.

The dissident
Rated PG-13 for graphic descriptions of real life violence. In Arabic, Turkish and English with subtitles. Running time: 1 hour 59 minutes. In theaters. Please read the Policies of the Centers for Disease Control and Prevention before watching films in theaters.